Due to an illness in the family, I've spent rather less time in the studio than usual this summer. I also had to cut short one show and I missed another entirely.

Here are some of the paintings that I managed to do between June and the end of August: 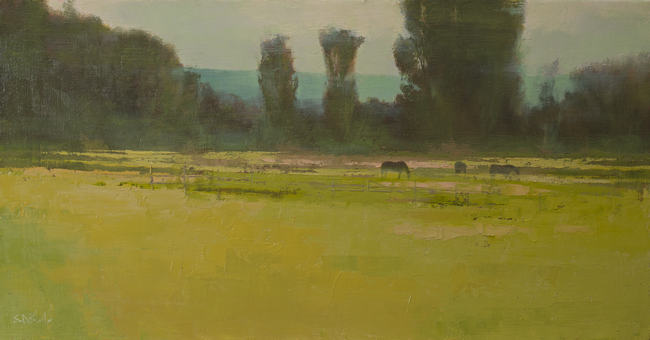 I based this painting on some reference photos from 2014 or 2015. When I lived in Virginia, I would have been running away from all that green, but from the blue-saturated environment of Seattle it feels rather welcoming. 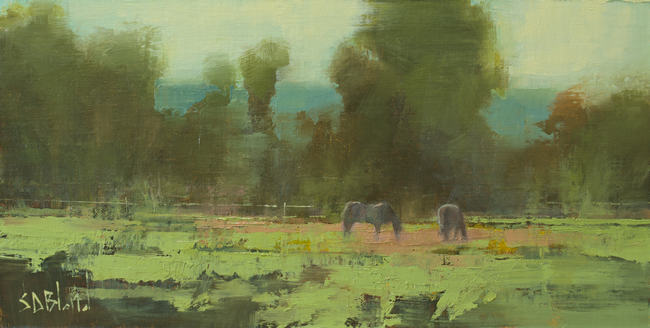 I also painted a smaller, more abstract version of the same scene. Normally I would paint the small picture first, but this backwards way of working seems to suit me. 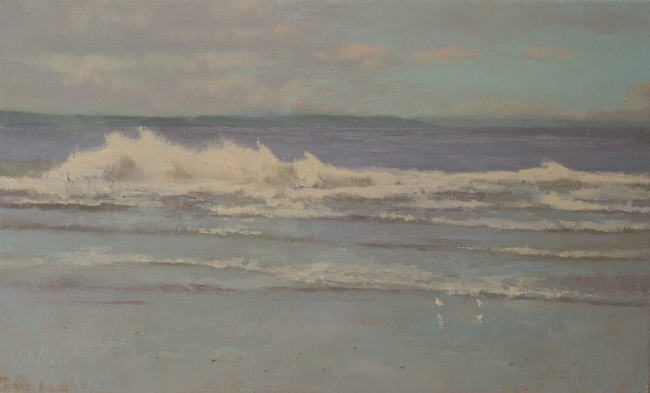 Another seascape to add to the collection that I created in the spring.

The larger size of this painting makes it harder to maintain the same level of abstract mark making that you can get in smaller pieces. To compensate, I worked in layers to create a mosaic of paint colors in any given area. 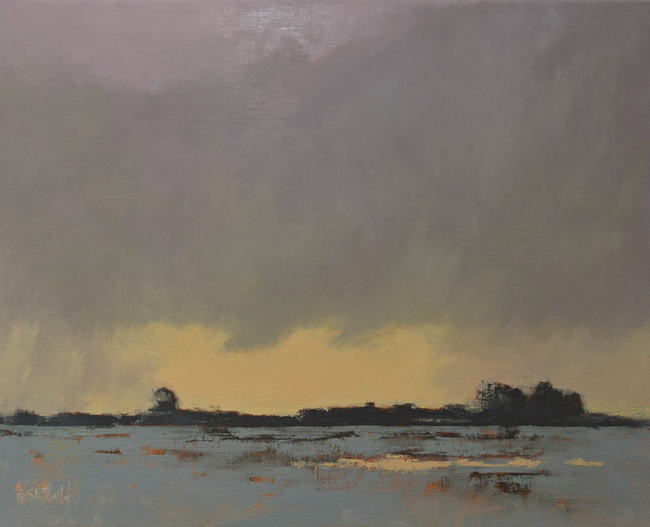 Based on some smaller studies I did last year, this is part of the Magnolia skyline (looking from the Whole Foods parking lot!) with a bit of impressionistic foreground added.

Paintings like this are simple in composition but technically difficult to create—you have to use a great deal of restraint in order to let the initial layers show through: once you paint over that thin underpainting, it's gone. 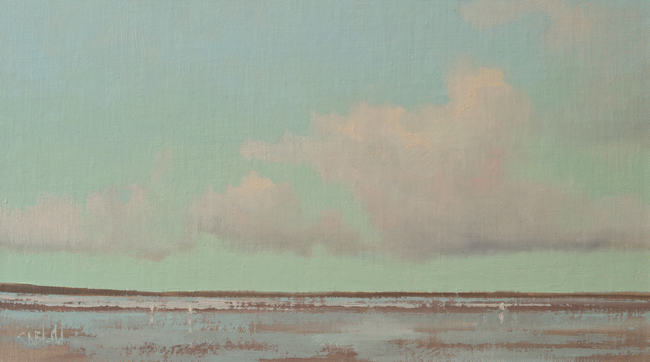 A simple theme, this one based on a smaller painting I did earlier in the year. Like most seascapes, there's actually not much going on in the scene—here I just used the shoreline as a backdrop to showcase the cloud formations. 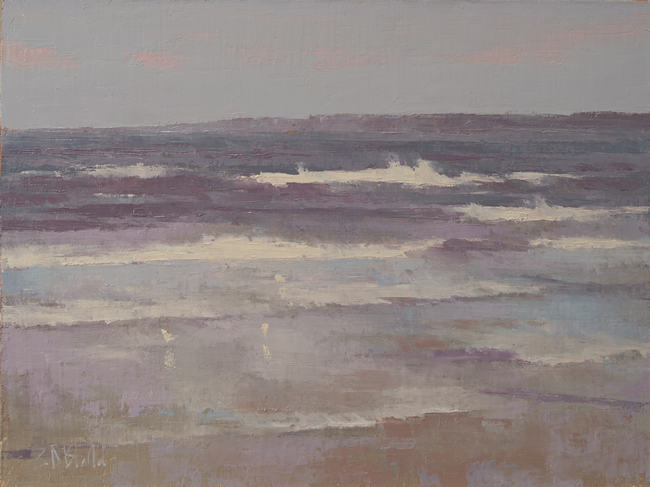 I did this final painting on a standard size panel rather than use the elongated ones I've come to rely on for seascapes. It puts far more emphasis on the foreground, and that's where I ended up spending most of my time.

I used several layers, developing each area as I went so that the final picture eventually looked right to my eye.