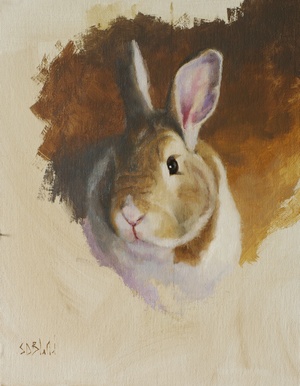 It's been a while since I finished any new work so I jumped the gun and posted this one before completing it. This is done from the customer's own photograph.

This first layer is painted directly over a (dried) raw umber block in and was done in one session. It still needs more work so I'll put it aside to dry for a while then apply some glazes to help adjust values and colors.

As usual I stuck to a simple palette: cobalt blue, burnt sienna, yellow ochre and red in this case.

After trying a couple of landscape paintings in the new studio, I found that the overhead lights I'm using are distorting the colors too much. For this one I turned off the lights and painted by window light. It's been a long time since I was able to do that. 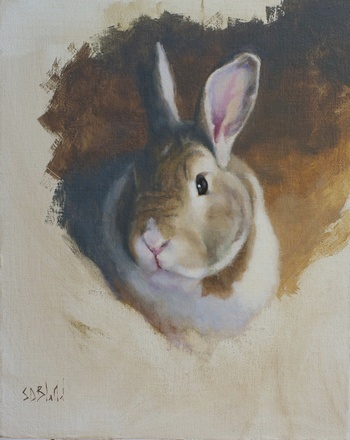 Here's the same painting with a few changes made. I photographed this under the studio lights. It's almost there, just a couple of tweaks to make once this layer is dry. 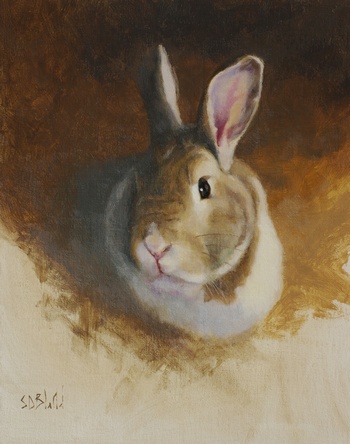 The break over the holidays must have done some good because I finally came to my senses and realized that the background didn't look too good. I filled in to the edges to help anchor the subject.

The values were adjusted by glazing and the body was fogged out slightly. I added in a faint suggestion of whiskers.

Only one thing remains to be done now and that is to crop the painting down to a smaller size. I realized that I started this on a panel that was too large. 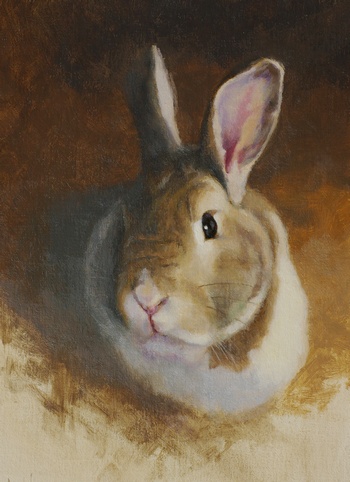