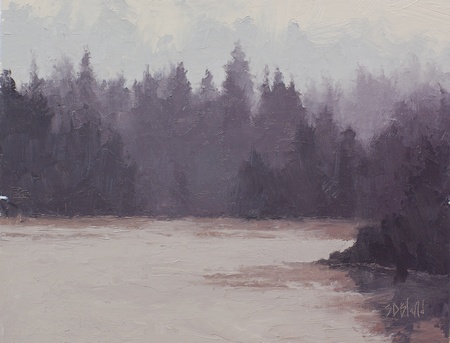 This small study was a way to experiment with a different approach to the blue-gray colors of the seascape. Using a palette of black, alizarin and yellow ochre, I proved to myself that it's possible to paint the coastline without using a blue. 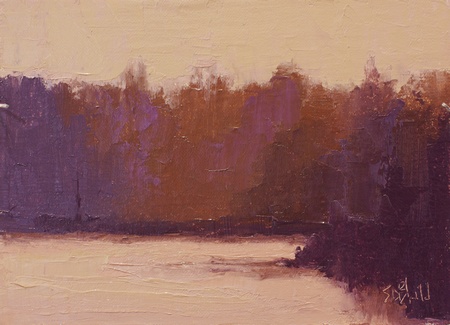 In this second study I tried to eliminate as much of the detail as possible and concentrate only on the big areas. I also changed the palette to something that would give a warmer range of colors (chromatic black, alizarin, cad orange and cad yellow medium) still without using blue paint.

As a painter, this looks like the better picture. The first has a better feeling of distance, and is also done with an attempt at realism, but this is more than compensated for by the abstraction and textures that have been introduced.