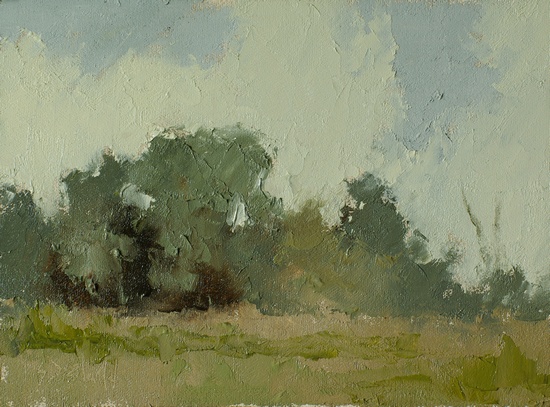 Continuing on from yesterday's blog post, the other thing that helps me to decide whether a painting will work or not is to try it out on a small scale. Among other things, this lets me to figure out the palette I will use in advance, and gives me a preview of how the finished painting might look.

Each of these studies was done on canvas panels that I made with leftover fabric before we moved to Seattle. Even though they are oil primed, they have a fairly textured surface which is difficult to paint on. To get enough paint on the surface to fill the weave, I did most of the work with a painting knife. 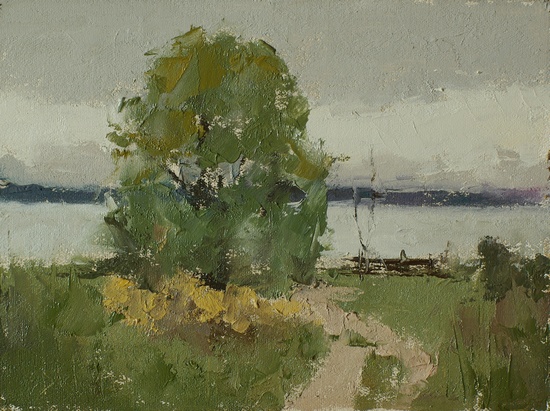 All four studies were based on places where I've painted on location. I painted here twice in the last two weeks. 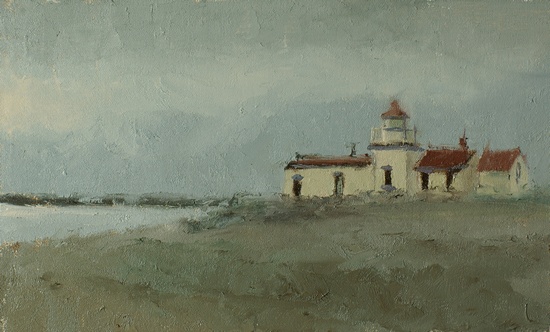 This study in particular was a real eye-opener into how difficult it will be to create as a large scale painting. The big problem is the texture of the rocks on the beach and the breakwater in front of the lighthouse, neither of which appear in this sketch. I know there is a painting here somewhere, but this ain't it. 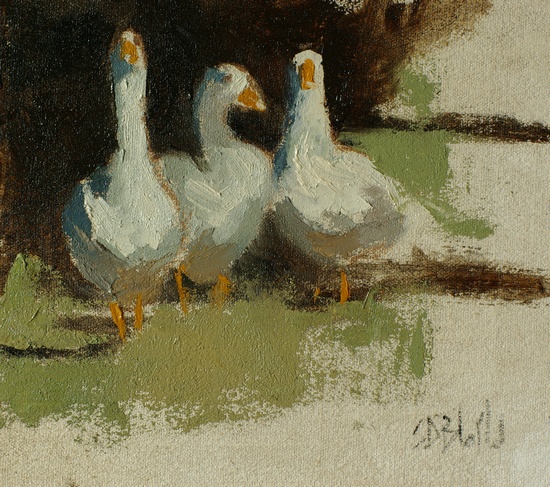 This isn't a great looking study because I used a painting knife for most of it and the geese would really look better if painted with a brush. But it was enough to let me know that it's worth pursuing in a larger size.