Here's the final version of a portrait that I've been working on over the winter.

The painting is based on a photo taken by Smiley's Studio in Fort Worth, Texas, and used with permission. I changed the setting considerably, removing most of the setting and props in order to promote a feeling of light and space. I also made some changes to David's hand (which was originally holding a leash at an awkward angle).

Like most large paintings, it was difficult to get an accurate representation of the image in this photograph - I made it slightly darker than real life in order to preserve the skin tones. 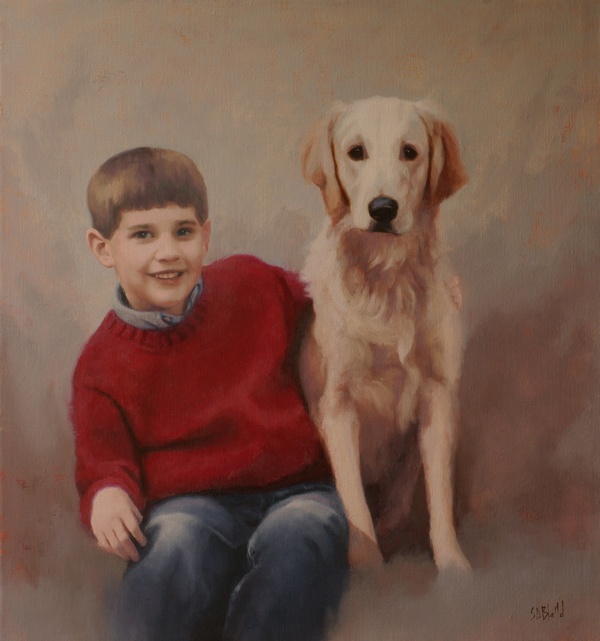 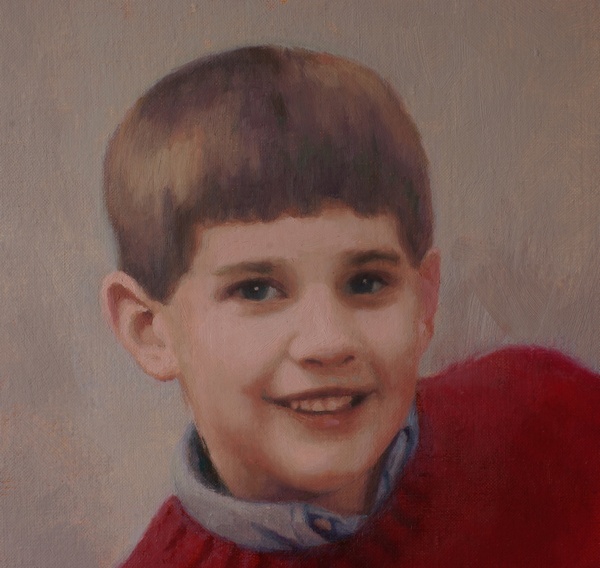 Close Up of David

One of the hardest things about working on a portrait is trying to keep the scale of your brushwork at the same consistent level across the entire canvas. It's really easy to try and paint the face with a small brush and paint everything else with a large brush. When you do that the painting never seems to mesh properly. I repainted David's face three or four times before I got the paint to look right. 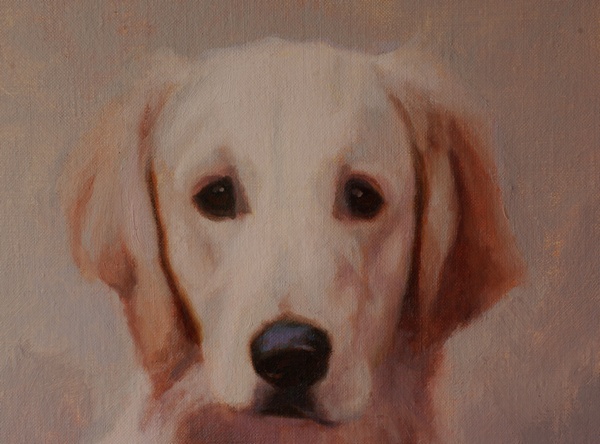 Close Up of Max

Rather than try to paint Max's fur with too much detail, I put all my effort in getting soft edges around his body to convey the feeling of the fur. As Anton Chekov said: “Don't tell me the moon is shining; show me the glint of light on broken glass.”