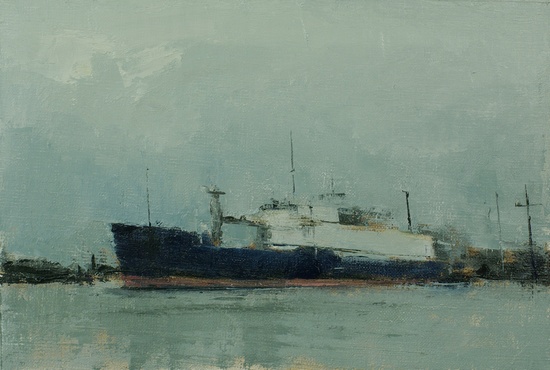 The Fisherman's Terminal in Seattle is potential goldmine of artistic opportunity but the imagery is hard to capture when working on location. A painting partner described it as "the black diamond slope of plein air painting".

The problem is really the amount of clutter that you see in any one view - boats overlapping each other, row upon row of them. That, together with the edges...loads and loads of edges. And the light...a binary choice between dull gray overcast or dazzling blue sky.

In the studio I've been trying to figure out an approach to painting all those wonderful boats at the terminal. In this study I'm looking to make the painting less about the boat and more about the atmosphere. I had to move the light around in the sky until I found a place where it worked. Then I had to lose all the detail in the boat and break up most of the edges. After doing all that, it seemed to come together into something that might be possible to do from life.

I've done studies of other fishing boats in the studio and they haven't always been a success - I've always tried to make the boat too central to the image so that it ends up looking like a portrait. Here it's just a jumble of organized shapes, messy and a little indistinct, which means I can tackle it in a more painterly way with a loose application of paint and lots of painting knife work. 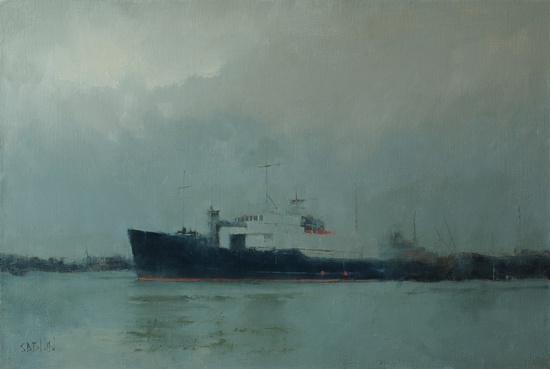