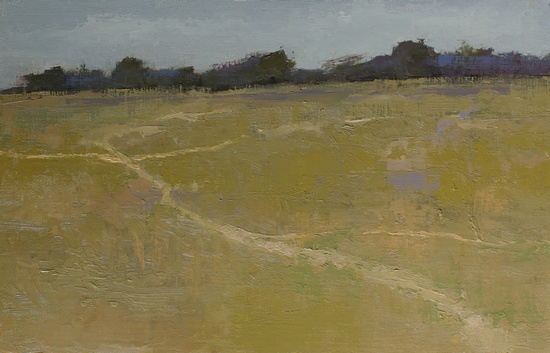 Over the course of the year the reject pile in my studio has grown ever larger. Even though I often purge it of the truly bad stuff, it still holds more work than I'd like.

To this end, I decided to split the pile into four smaller groups:

The painting above falls into the second category; it's one that I sketched out earlier in the summer and left unfinished. The existing paint layer was thin and completely dry, making it easy to develop and grow the idea further.