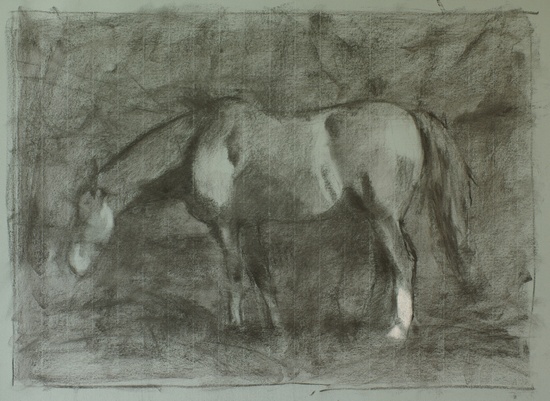 As I've done for the past few years, I decided to start the year with an animal painting. I've had a horse that I saw at Ayrshire Farm in VA in my mind for a while and thought this might be a good time to see what I could do with him.

In this first step I've started with a full-size preparatory sketch in charcoal. I played around with the design a little before settling on some kind of abstract background, with an emphasis on the white sock. 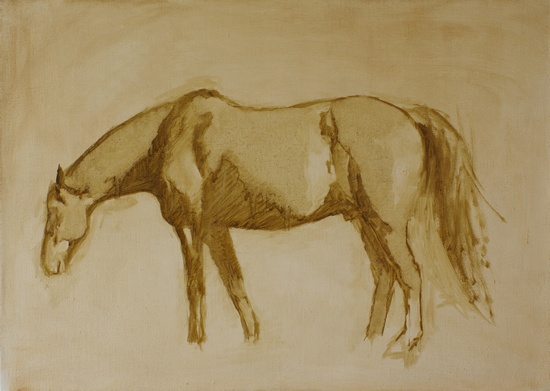 I started the block in as a gestural sketch in raw umber, although many of the initial brush strokes were lost as I started to separate the light from the shadows. 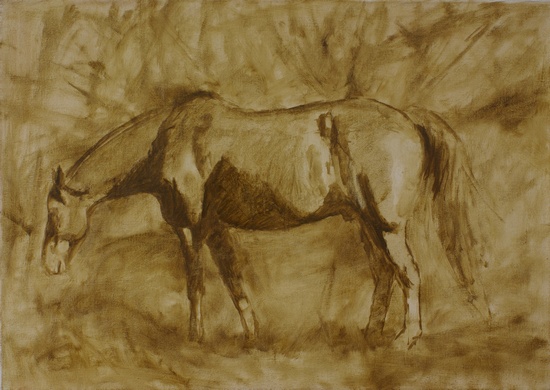 After letting that dry overnight I spent a couple of hours the next day refining the block in, making corrections and adding the beginnings of a background. 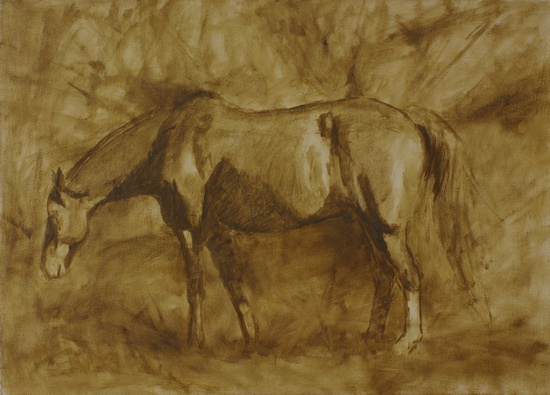 After letting the paint dry for a couple of days I revisited the block-in one final time. At this point I've corrected all the mistakes I could find. I also have a good sense of where I want the hard/soft and lost/found edge to be. 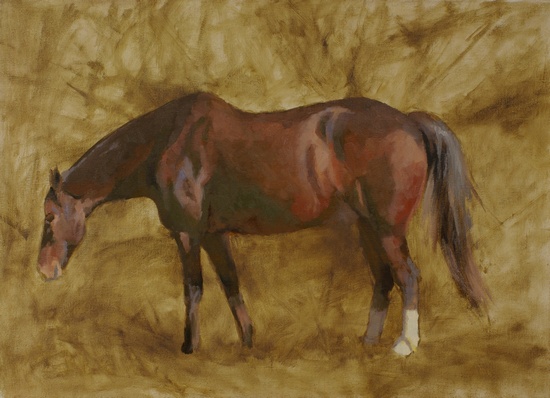 When the block-in was dry I put down the first layer of opaque paint in one session. In order to prevent myself getting lost in the details I used the same size brush (a number 4 flat) throughout. 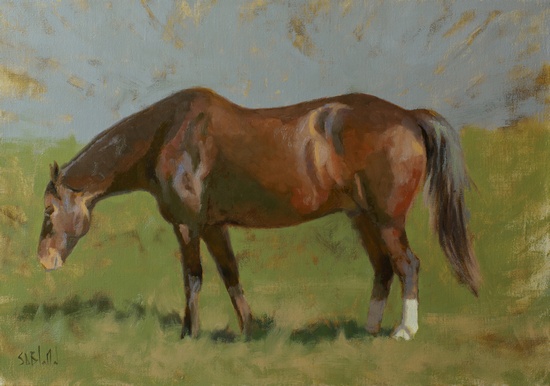 A few days later I added in some background color with thin paint, letting the block-in show through in a few places. I didn't think there was any need to have a complex setting, so I I kept things simple. My final act before signing was to paint around the outline of the horse's body with a small brush to touch up the edges. 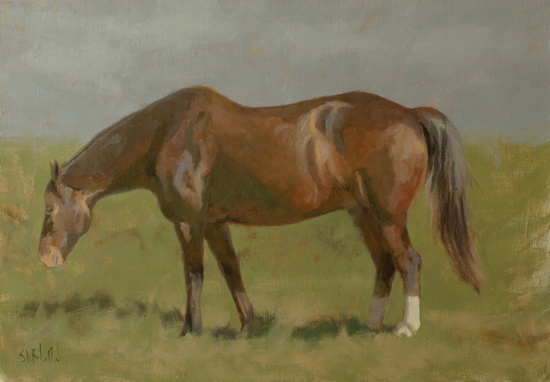 Of course, like any self-respecting artist, I couldn't let it end there. Over the next two days I made a couple of tweaks with smaller sized brushes, adding a little more definition in places. At this point I forced myself to stop because I know from experience that I'm very close to the tipping point. I'm likely to ruin it if I continue.