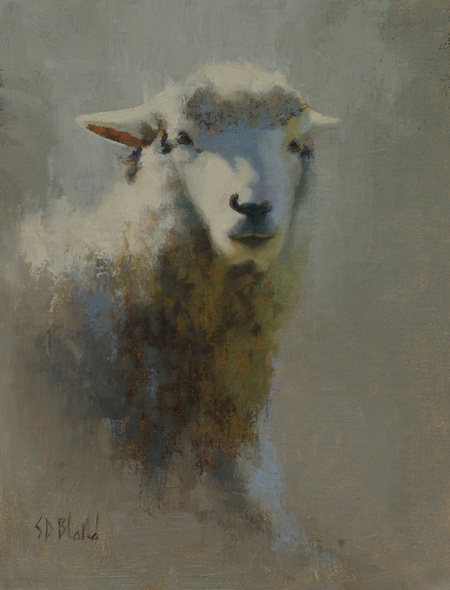 I based this painting on a small study that I worked on over the winter while trying to determine the best approach for a painting of a sheep (in the end, I decided against doing it altogether).  I kept the study because there was something in it that I thought I could eventually use.

As usual with painting sheep, all the interest is in the shadow side and the texture of the coat is revealed in the interplay between the light and the shadow.

Edit: I did a little touch up around the sheep's eyes and changed the white balance I used for the image.