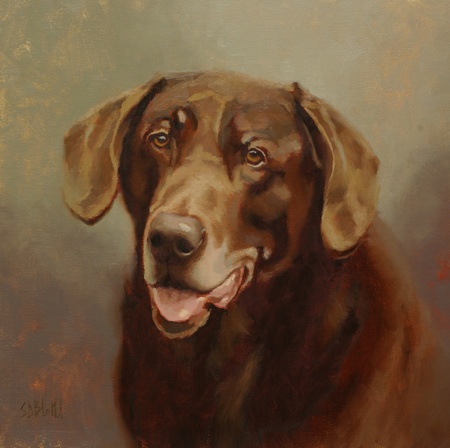 With the studio tour over and done (and what a great weekend it was!), I realized that I needed to catch up on my backlog of work. Over the past week I've been locked away in my studio trying to get ahead with the five commissioned paintings that I've promised to do over the summer.

Phish was one of the first to be completed.  The prep work and block-in took about a week, before I settled in on the design, and the the final layer of paint took another two days - most of which was spent working on the edges. I nearly went with a darker, more abstract background, but felt the finished painting would look too dark - and the gradated neutral background seemed like a better choice.