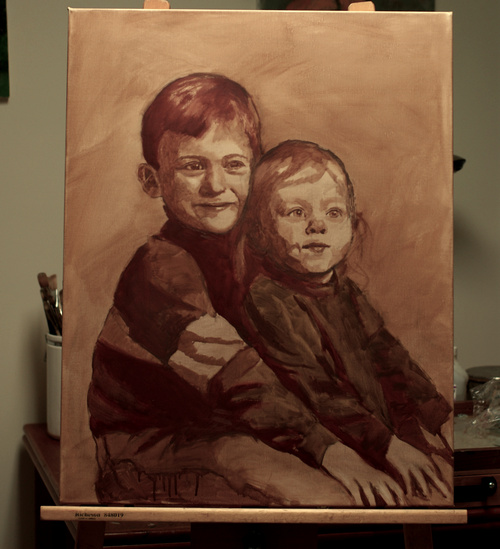 This is the block in for a portrait of two children.  Although I'm creating this from an old photograph provided by the customer I spent a long time getting the layout, values and scale to my liking before starting the block-in. Before starting to paint I did a large value-study in pencil on paper, trying to use just four values.

I tried to make the figures as close to life size as possible by scaling the boy's head to 9.5 inches high. 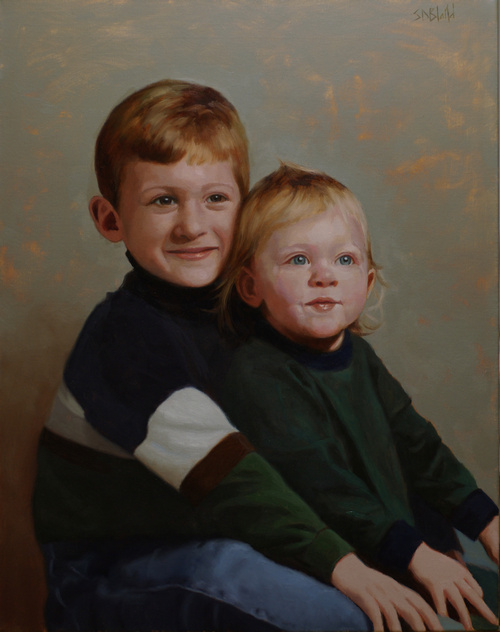 After such a comprehensive block in the painting progressed fairly quickly.  This is the portrait after another two weeks of painting. The faces feel developed without being overworked.  The light under which I've photographed the painting is particularly harsh and the painting feels much softer in real life.  In natural room light the faces seem to glow.