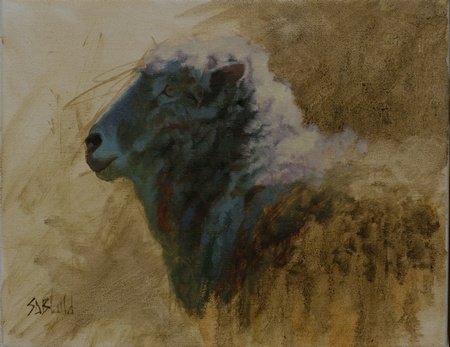 A new sketch portrait which will be for sale at the Western Loudoun Artist's Studio Tour in June.  This ram is one of several I found at Willow Hawk Farm in Lovettsville.

Like the sheep portrait I painted at the end of last year I decided to paint this on the shadow side.  This makes the coat easier to handle as the texture can be easily portrayed by manipulation of the shadow/light transition.  I originally intended to paint the entire canvas but I stopped after reaching this point as I felt that I'd said all I had to say.