Every so often I go off on a Quixotic adventure to try and rework or otherwise advance the look of a particular painting. The most favorable outcomes usually involve reworking from the design stage forward and starting with a fresh canvas.  Sometimes things spiral out of control and I end up on a circular path to nowhere. This is the story of one of those times.

At a sketch club outing to Weatherlea Farm in Lovettsville, VA, I came across a beautiful scene of a farm track that I immediately thought would make a nice painting.  I wasn't able to do it on location, so I took some photographs in order to work on it through the winter months when I would have more time available.

A few weeks ago I was able to spend a few hours working up this painting: 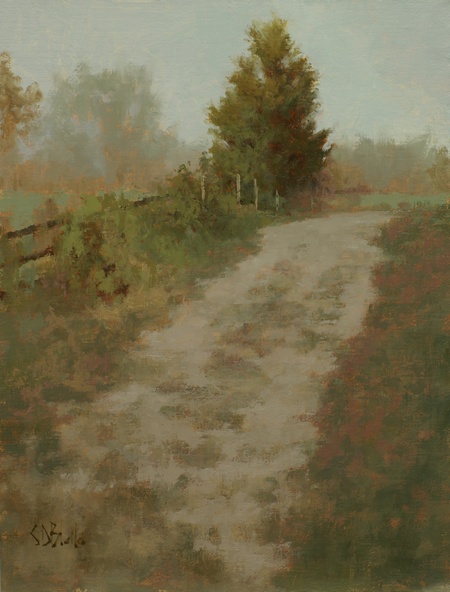 The problem was that I didn't really care for the way the tree looked: I had tried to put in too much detail relative to the other parts of the painting, especially the foreground, giving the whole thing an uneven look.

A week later I sanded the painting down and set out to repaint it. I also opted to change the palette slightly and make the sky more gray. 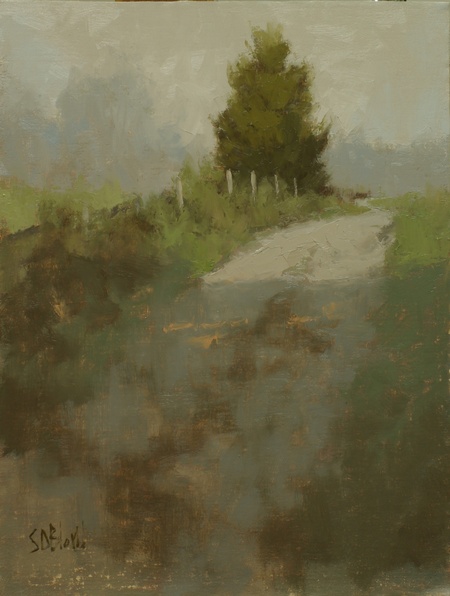 I took the idea for the light in this painting from a couple of works by Edward Seago.  I like the way he often painted the foreground in shadow and placed the middle/center of interest of the painting in the light.  I thought this would be a good way to give my painting more life.

I worked with just three colors: ultramarine, burnt umber and yellow ochre.  I also used a tiny bit of alizarin in some of the foreground highlights.

Inevitably, I had to make a few adjustments once the paint was dry. I lightened the sky and scumbled some lighter tones across the base of the tree. I also filled in some bare areas in the foreground: 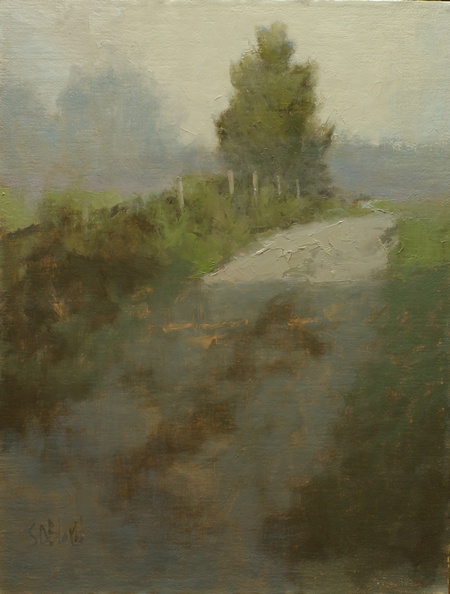 Before going back to make the revisions, I had decided to work up a quick study in pastel to challenge my approach to the colors and, in particular, the grayness of the scene. 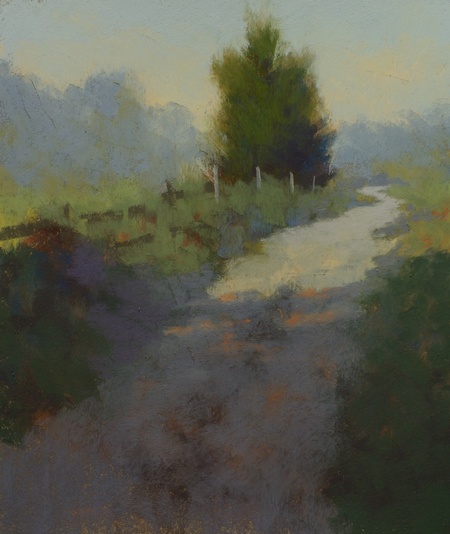 There were some things about the pastel study that I liked, especially the sky and track in the shadow areas. I was also able to introduce some temperature variation in the main masses that I thought would translate well to a final painting.

With that in mind I set out to repaint, this time on a fresh canvas. 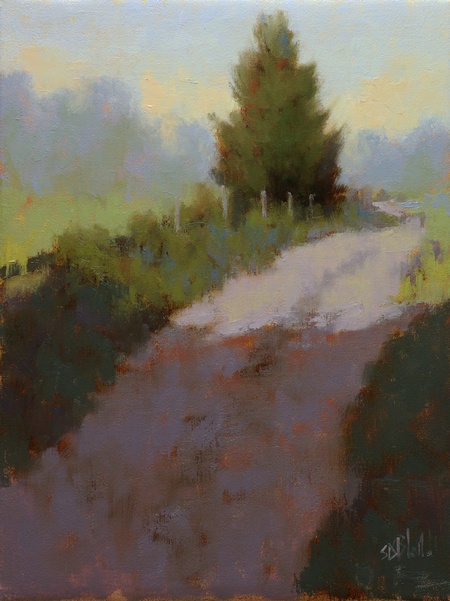 After letting this sit in the studio for a few days I felt that the tree looked too tall so I scraped back the crown and re-did it. By some miracle, I managed to resist the temptation to change anything else. 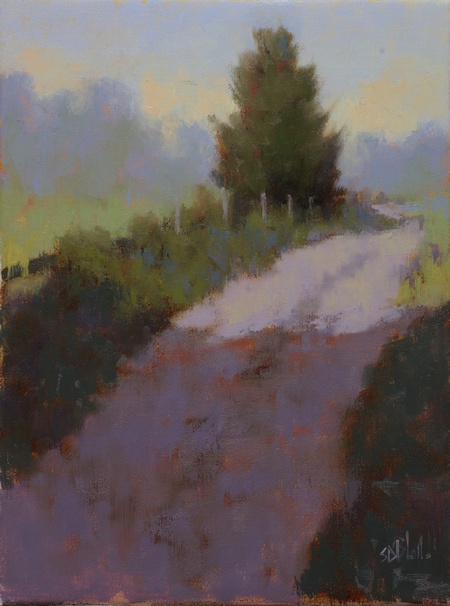 At this point I must say that I am finally, totally, forever done with this painting. It is interesting to see the different versions side-by-side and realize that there are many possible approaches to the same work, but the end result is always subjective. There is no such thing as perfect and there shouldn't be.

What I learn from doing this (every time I do it) is to work the design process as thoroughly as I can and then just do the painting and be happy with the end result, or scrap it and move on.  Looking back, it is easy to see that a simple re-statement of the main tree would have yielded a painting that was equally as "good" as any of the other versions that followed.

I am quite fortunate that I got 2 decent paintings out of this that I will be offering for sale in the summer; it's more usual for everything to end up in the trash.

After looking at version 2 for three months, I decided to make a drastic change and crop the picture down to 12"x12". The effect is to increase size of the lit area relative to that of the shadow. This will also make it slightly cheaper to frame and easier to sell at a lower price. 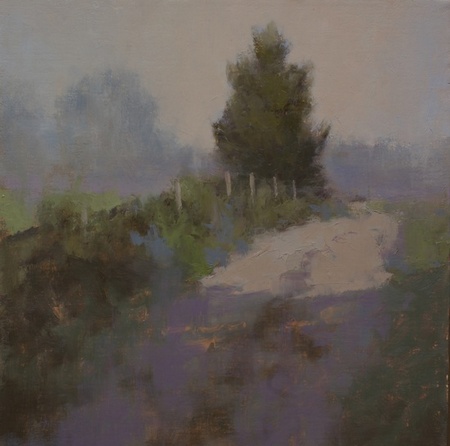