The pandemic has prevented me from getting out to paint this year and the only reference photos I've been able to capture are of the skies seen from our deck. So, to scratch the plein air itch, I've taken to doing "virtual paint outs"—painting in the studio the same way as I do on location.

This blog post is a quick look at some of these new paintings. They are all inspired, in part, by things I have seen on Google Street View, which is a great tool for exploring the world.

The main challenges of using this as source material are losing the experience of being present at the location plus the distortion from the wide-angle lenses. However, you do feel less rushed and have a bathroom nearby, so it's not all bad. 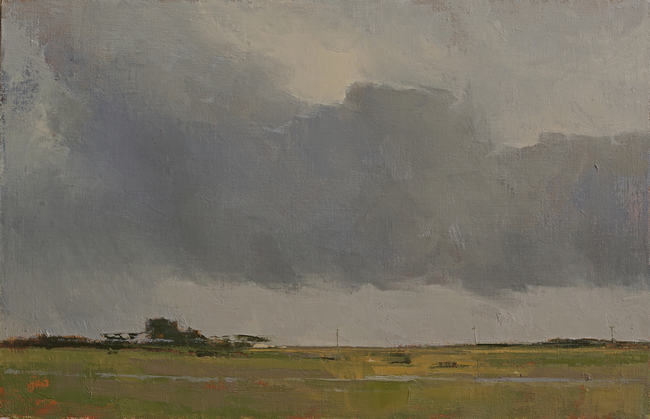 I've been to Canada a few times, but never out to the western provinces. This is based on a street view out in the middle of nowhere, Saskatchewan.

I painted the sky with a mix of chromatic black, raw umber and yellow ochre. I ended up doing it in one single session since it is a stupidly fast-drying combination which is not amenable to good layering techniques.

Paintings like this one have a habit of getting dull fast. They always need a bit of light—but not too much—to lift them up. 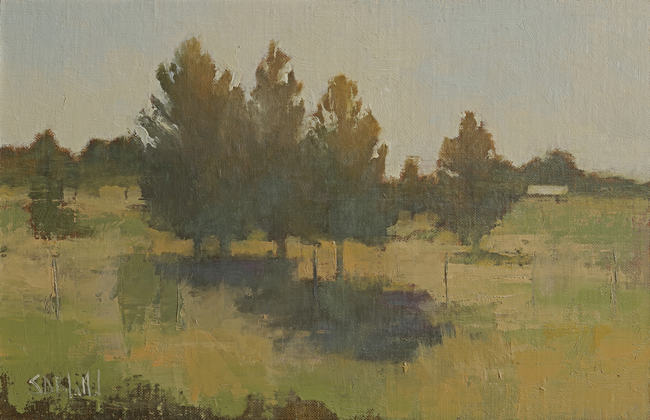 Just outside Bend, Oregon. This was painted over the course of two days, which I wouldn't normally do in a plein air painting, but the total working time was just a few hours. 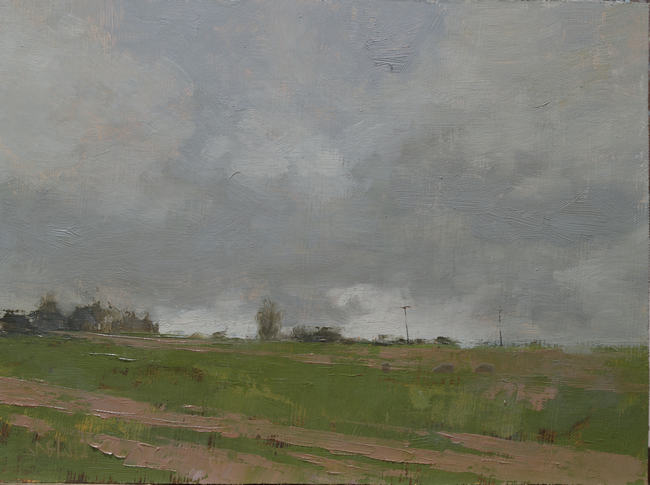 This is a couple of miles from where I grew up in Yorkshire, UK.

I've noted in other posts how a smooth-primed panel tends to make my paint look smushy. Here, I've lessened that effect by using thinner paint than usual. I tentatively added some sheep to the painting, but they seem to get swallowed up by the foreground—I don't think they will be there much longer.

I had a few other paintings on the go at the same time, but they have either been put to one side or started over. One advantage that the past year has offered is that I have had much more time to reflect on my own work and the result has been an increased reluctance to call them done.