The month of February is one of those times during the year when I have to pull out all the stops to get things ready for my next show. That means I always have four or five new things on the go and I'm painting at least six days a week.

This blog post shows some of that the new paintings that are coming off the easel this winter. 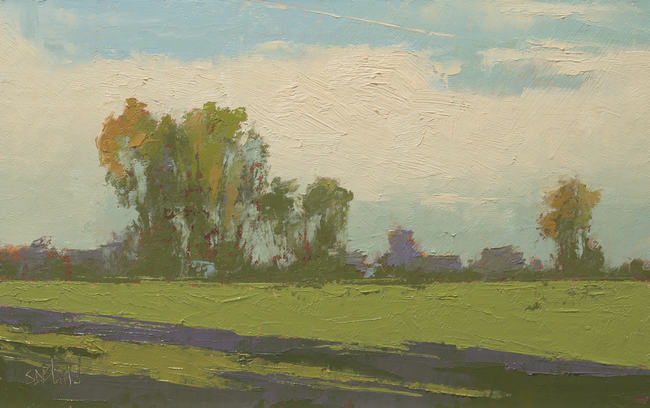 This is a re-statement of a small painting that sold last year. I thought the idea was good enough to develop further, but at this size I still think of it as being a sketch. 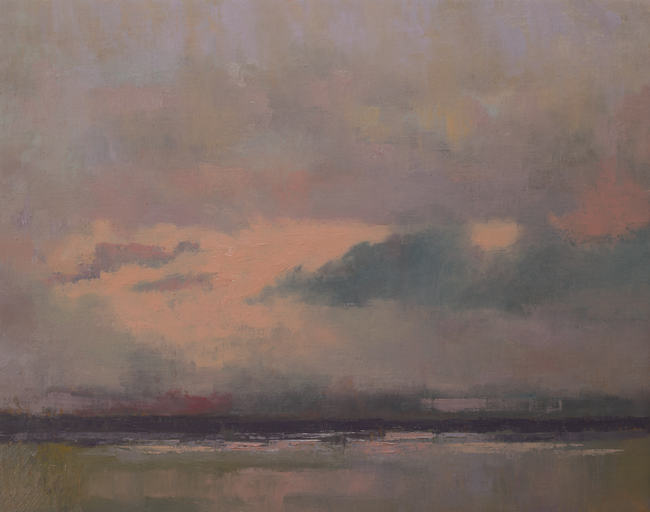 The great thing about where we live now is getting to see the sky and the water from our house as it changes throughout the day. I'm always on the alert for interesting light.

However, I nearly went off seascapes after spending much of our first winter here doing plein air work on the beach—not only was it always freezing cold, but my efforts were mostly unsuccessful. Since then, I think I've found a way to get better outcomes using a mixture of reference photos, memory and creative license. 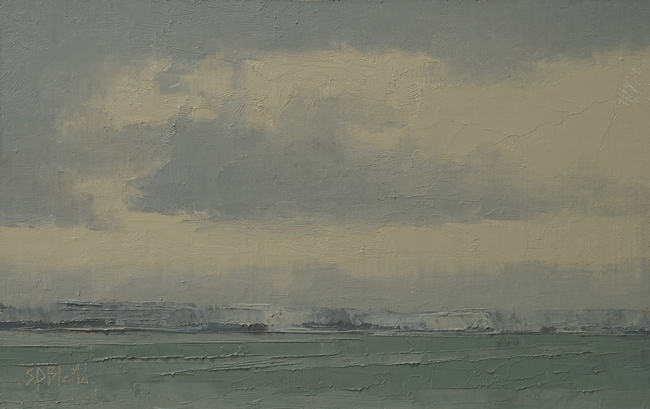 We were snowed in for most of the week. The recycling bin is full. I finally broke down and started on some winter themes. 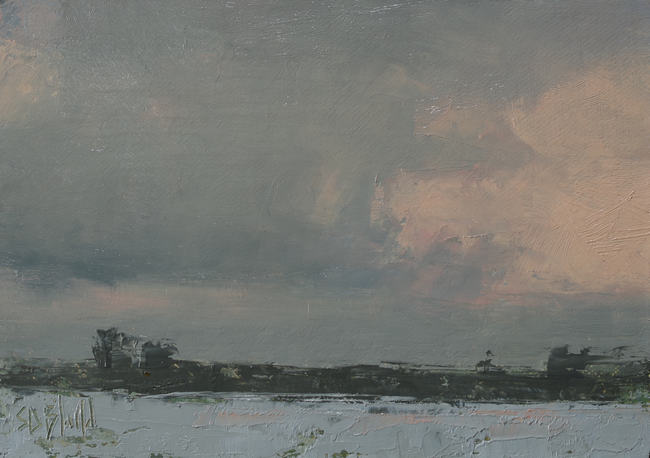 Small sketches like this are the best way I know for working out ideas before committing to a large canvas. 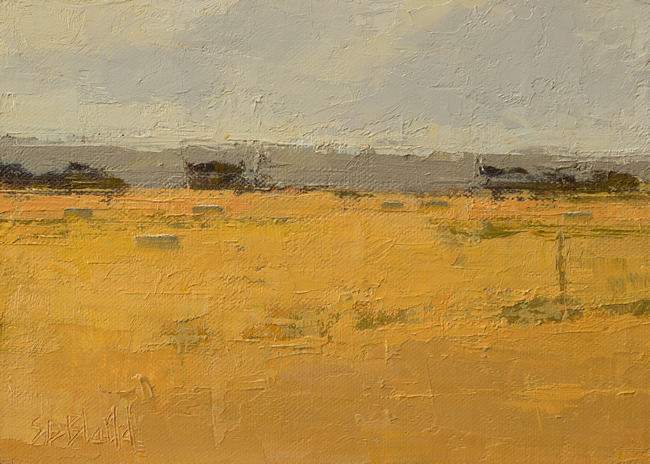 But small paintings can sometimes turn out to be just as hard to finish as larger ones. This one has been on and off the easel for five months. 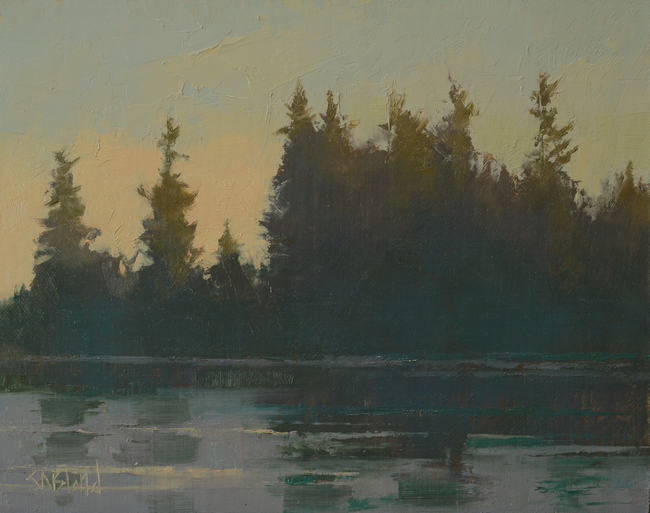 A final painting to leave you with. I built this around the idea of opposing color temperature gradients in the sky and in the trees: the sky goes from blue to orange, while the trees go from something like orange to blue/green.

I used glazing techniques to add color and create atmospheric depth in the dark areas.