About 5 1/2 weeks left to Edmonds Art Fair and I'm starting to call it a wrap on getting paintings ready for the show.  Just a couple more to go.

This latest batch are the most recent paintings I've finished. It's interesting to look at them side-by-side because they look like they were done by different people. 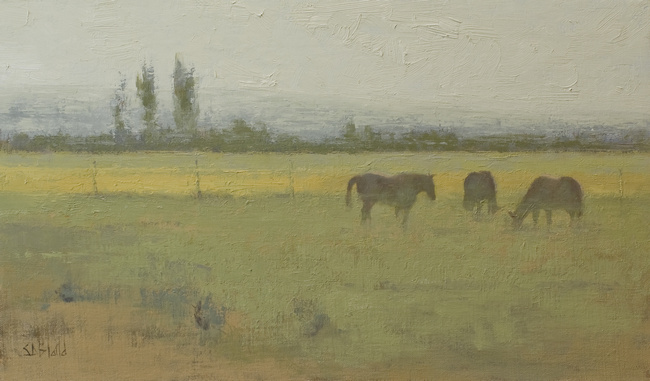 This was based on a plein air work I did in 2014. I don't often use on-site sketches this way—I prefer to sell them and move on to something new—but I thought this one had some potential. I made changes to the original: I added an extra horse and altered the background scenery to make it feel more like the Pacific Northwest.

Edit: this painting was reworked after this blog post was first written. The image has been updated. 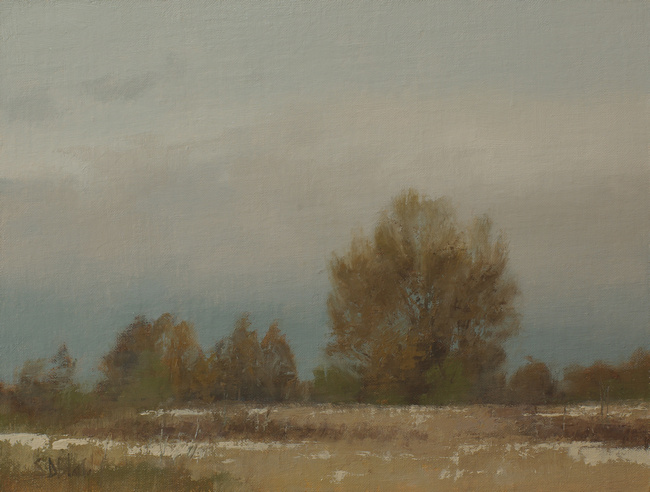 I've tried painting this scene a few times, with varying degrees of success. I based this particular version on a small 5x7 study. 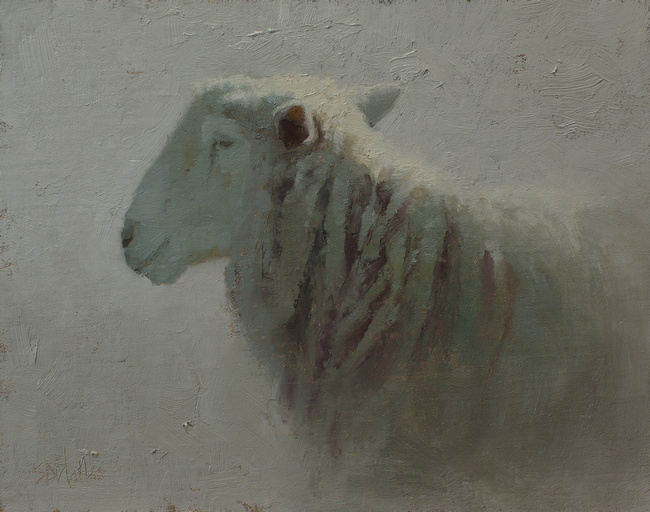 This is based on reference photos I took while in Virginia. I've painted a sheep portrait every year for the last 8 years or so. It's interesting to look at them side-by-side: you can clearly see the changes in my technique over the same time.

This painting was done on location at Washington Park Arboretum with the Plein Air Painters of Washington. I think I was the only person in the group who didn't paint the flowering bushes. 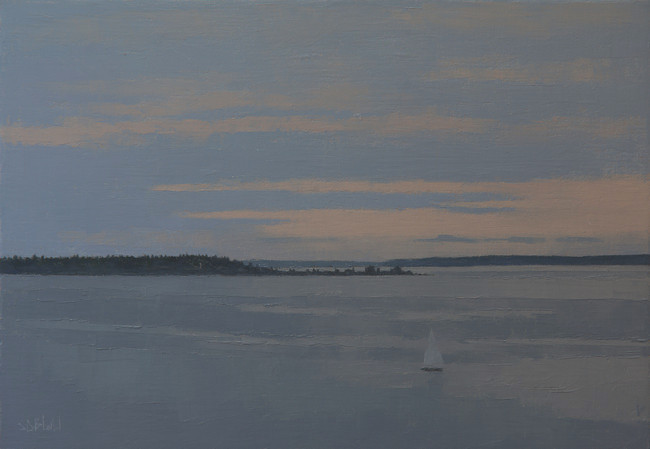 This final work was done from some photos I took from Magnolia Overlook last summer. Of all the paintings I've done over the last few months, this is the most personal.