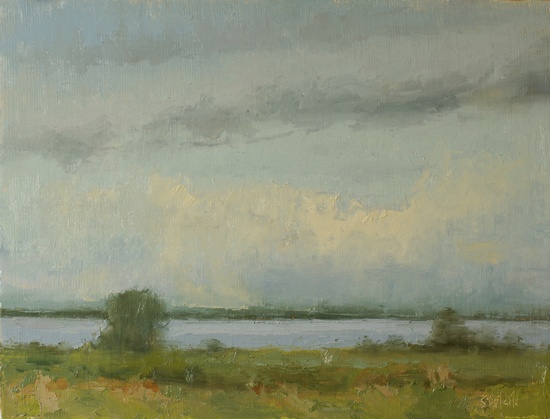 Back outside today to paint at Discovery Park. I first developed a handful of notan sketches using a marker pen. I chose my favorite of these and used it as the basis for the block in, then took the painting to completion from life. I made the rookie mistake of dropping the panel face-down in the grass so it needed a few touch ups back at the studio.

In retrospect, this was a bigger painting than I should have attempted today; it goes against the idea of sticking to sketches.