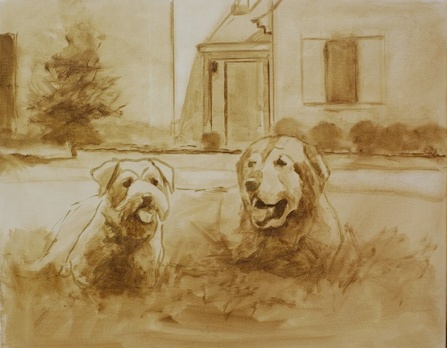 Here's the start of a new painting.  I worked out the design on paper before starting the block in and I used several photos from the photo shoot to piece it all together.  I drew in the dogs gesturally with some raw umber and after that was dry I blocked in the rest and reinforced the dark areas using a mix of burnt umber and yellow ochre. 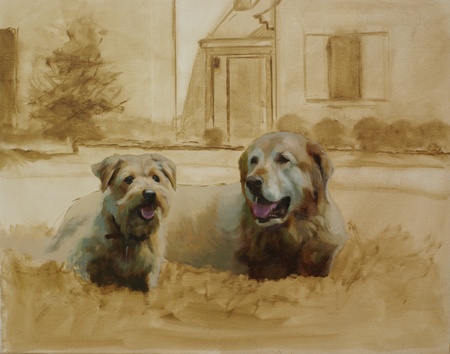 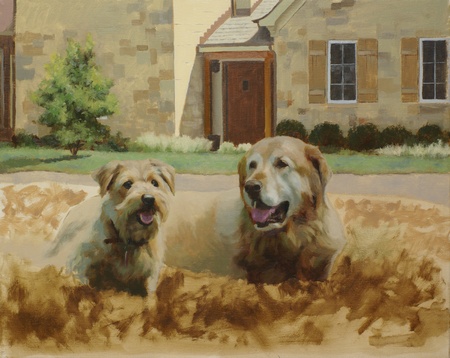 This part of the background took longer to paint than the dogs.  In fact I listened to Lady Chatterley's lover, Crime and Punishment, and lots of music on Spotify while I was painting it. 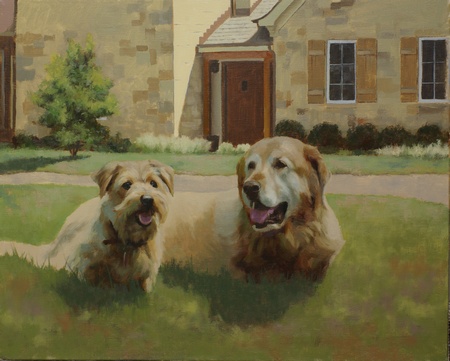 At this point I have all the canvas covered.  I did the foreground a couple of different ways: in the original photographs it was all in shadow but when I painted it that way the picture lost the feel of being an integrated whole. I scraped that first try off and reworked it. 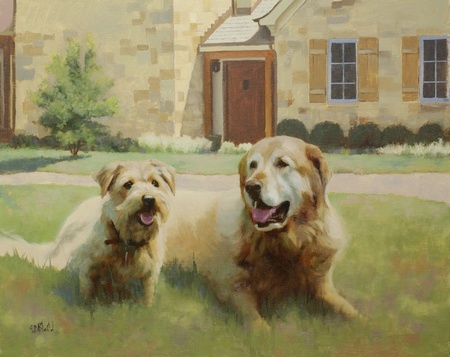 After sitting on the painting for a while I went back and repainted some parts of the foreground around the dogs (I had already scraped it back when the paint was wet). I also repainted the tree and glazed and scumbled some areas of the house.  Finally, I touched up some areas where the block in was showing through.