Depicting grass in an oil painting.

If you paint animals you'll have encountered this problem. You have a great reference photo of your subject, but the animal is sitting in a sea of vivid green. Do you really want to paint a bright green picture?

There are actually many ways around this problem. Here are three of my favorite methods: 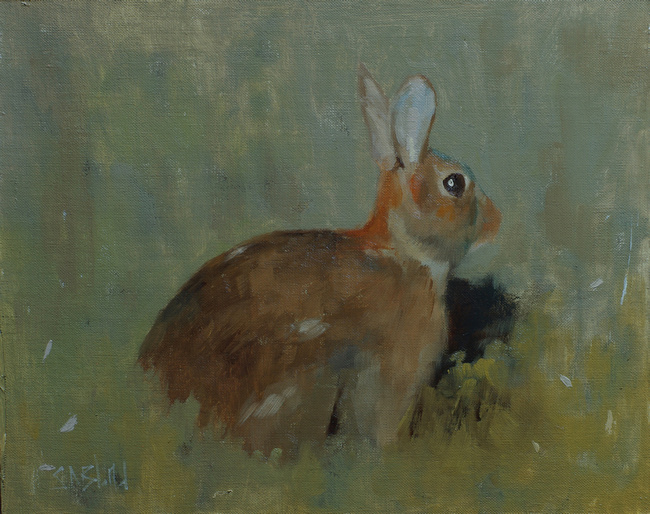 I think the best way to make a green gray is to make a neutral gray and then force some green into it. The resulting mixture will often look wrong on your palette and only work when it's on the canvas.

In the painting above I've alternated between thick and thin paint application in the background grays. That has produced some nice temperature variation for very little effort.

Note that I've also made the gray much warmer as it comes into the foreground. 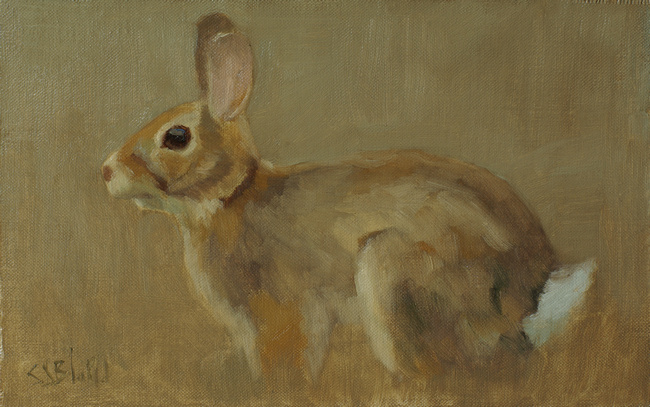 I painted this background with the paint that remained on the palette after I finished the rabbit. Some cooler paint brushed into the top and warmer paint in the foreground made the picture look more three-dimensional.

A benefit of reusing the paint is that the edges are easy to manipulate. 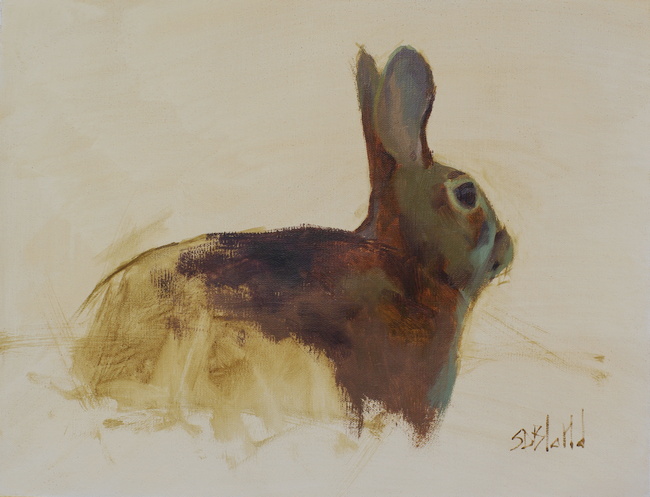 This approach works best when you're painting a brown or umber-colored subject as it should harmonize with the toned canvas (and you do need to tone the canvas).

Here you can see that I didn't paint in all of the rabbit. I stopped when I reached a point where the painted area made a nice shape. There was no need to add anything else.