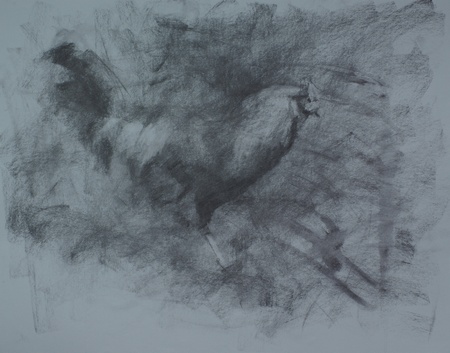 Before starting a new, larger, work I thought it would be a good idea to first develop the concept with some charcoal on paper.

What I'm going for is to better integrate the subject with the background. Ideally I'd like for this to be an abstract piece with some of the more important parts resolved to a realistic depiction - it might not make much sense when I try to describe it but, as the saying goes, a picture is worth a thousand words. 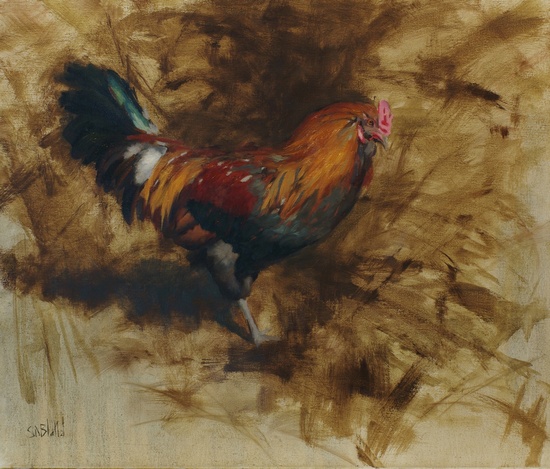 In the end it turned out to be quite a difficult painting; it's hard to be abstract and keep both the drawing and modelling of the form.  I settled for a fairly closely depicted rooster over an abstract background.

After sitting on the painting for 6 weeks or so, I decided to crop the painting to a more marketable size and did a few enhancements on the edges in the neck.

[Update June 2016: I've since made a few additional changes to the rooster] 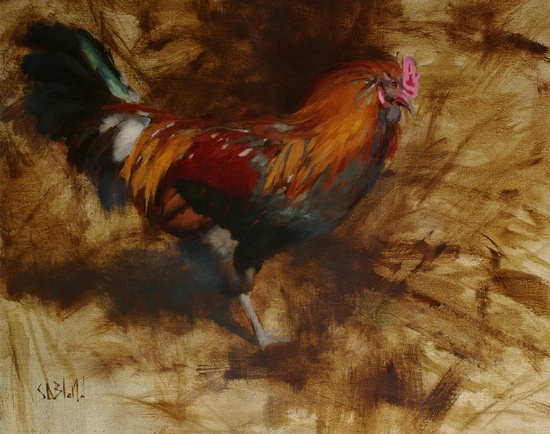